One of my true birding passions is studying juncos at my feeder. Since finding that this common wintering species and uncommon nesting bird can show a wide variety of plumage characters, I have been hooked on cataloguing the range of variation exhibited by Slate-colored Junco, Junco hyemalis hyemalis. 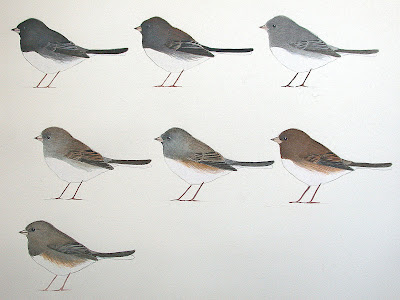 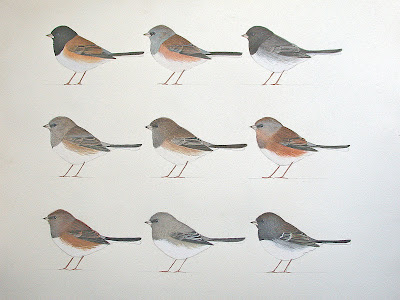 A bonus has been finding an occasional Oregon-type Junco in wintering flocks in Connecticut. On 14 January 2008, while photographing a beautiful presumed first-year female Oregon Junco, J. h. oreganus, at my feeder in Ashford, I found one, and then another, junco exhibiting characters that indicate probable hybridization with another common wintering species and uncommon nesting species, White-throated Sparrow, Zonotrichia albicollis. 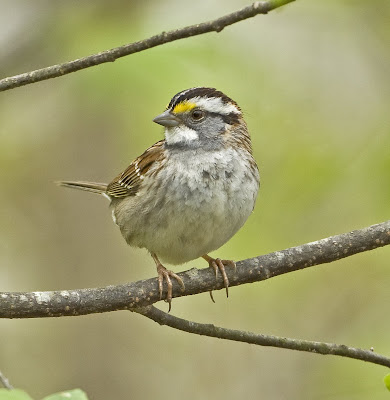 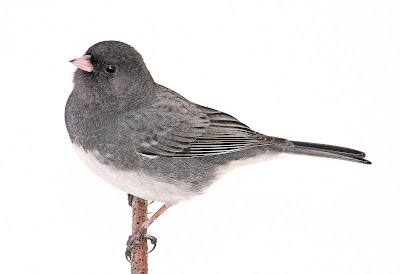 What first attracted my attention to these birds, two of about fifty juncos using my feeders, was the presence of a pale throat. Typically, Slate-colored Juncos show a throat the same color as the breast with hatch-year birds sometimes showing a slight paling in this area. One of these birds showed an extensive pale area below the chin that extended to the top of the breast. It showed faint sub-moustachial marks reminiscent of those shown by White-throated Sparrows. The other bird showed a similar but less extensive white area in the throat. Both birds showed whitish spots in the supraloral area, again similar to where White-throated sparrow shows yellow. 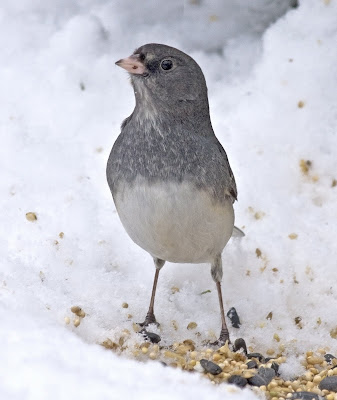 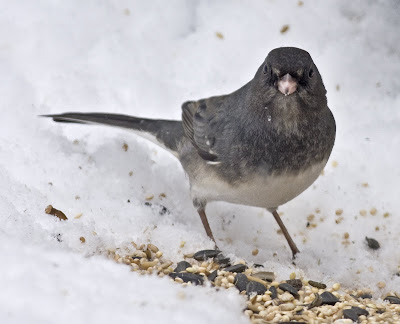 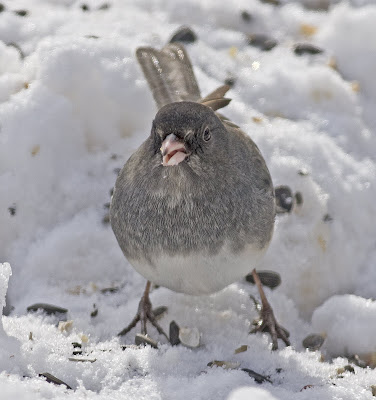 Both birds showed white tips to the lesser coverts and limited dotting on the greater coverts that formed dotted wing bars resembling those shown by the genus zonotrichia. These were different than the white edgings that form wing bars in some Slate-colored Juncos. 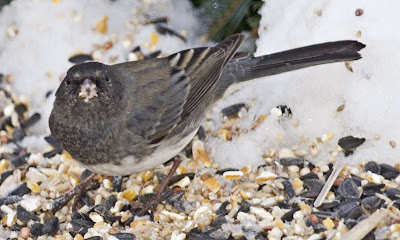 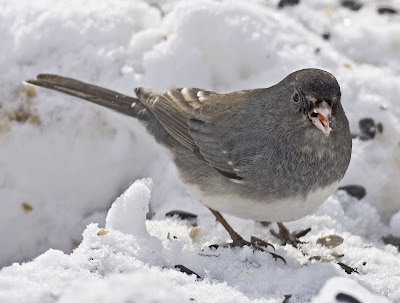 Both birds showed brownish streaking dorsally and one bird showed buffy coloration to the bib and this bird also showed one outer greater covert that looked similar to a zonotrichia covert.

These birds were not captured so age and sex determination would only be speculative.

The one previous Junco X White-throat hybrid I have seen in Connecticut looked much more like a White-throated Sparrow. This bird, found and photographed by Bruce and Kevin Finnan, was at the White Memorial Foundation feeders in Litchfield, Litchfield County, Connecticut during the winter of 1999. 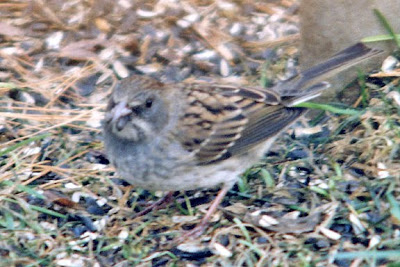 Slate-colored Junco and White-throated Sparrow are uncommon nesting species in Connecticut, with the nearest known site about eight miles north of my yard at Boston Hollow in Eastford and Union. It is conjecture, but, the presence of two birds suggests that they may have come from this area and are the product of limited mate selection for these two species.
Posted by Mark S. Szantyr at 8:10 AM

Hi, just came across your excellent plates while googling junco pictures. I had an atypical Dark-eyed Junco show up in my yard in Athens GA today - to my eye it most closely resembles bird no. 6 in your second plate. Photos here:

Any thoughts as to where it might have originated?